The Best Expo I Have Ever Seen

If you were to ask me two weeks ago. . . .
"Name your favorite Expo of all time"

I would have answered Andre Dawson.
"The best Expo you ever saw"

Pedro Martinez.
"The biggest and baddest Expo ever"

Randy Johnson.
As of last Friday, these answers changed. ..
The biggest, best and my favorite expo is The Chicago Triathlon Multisport & Fitness Expo: over 200 booths visited by 20,000 of the fittest people I have ever seen in my life. I was there working at the Element Endurance booth and had a blast. It was nice to meet our customers, hear what they put in their bars and how Element Endurance helped their performance.
It was also a lot of fun to sample product to athletes who were previously unaware of Element Bars.
Triathletes are extremely knowledgeable about nutrition and that reaffirmed the the hard work we put into making the highest quality product at Element Endurance is worth it.
The event changed my perspective and thoughts on expos, but one answer remains the same 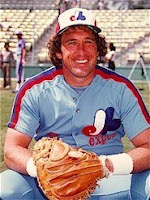 Sob Story...It made me weak in the knees 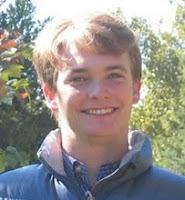 Over almost as quickly as it began - my so called "marathon" training has hit a bit of a roadblock.

Two weekends ago, the training began ramping up. I ran 9 miles on Saturday, and followed it up with a set of 3-5-3 mile runs midweek. After that, my knees felt tired. They weren't sore like in the first few weeks, just tired and aching. I'm a sensible guy - this is my body telling me to slow it down. After all, I hadn't really run since high school. As of this past weekend weekend, I'm officially calling it off....no marathon for me this year...better luck next year, as they say.

[Cue the miniature violins] The original plan to run a marathon was a bit of a pipe dream. I hadn't run much in the last ten years or so. My overall endurance was subpar. I was winded after a mile, my legs were wimpy, you know the rest. The first few weeks proceeded surprisingly well. I could run further each week, my endurance made it easier, my experimental endurance fuel tasted better, all according to the Hal Higdon plan....until it wasn't.

I started noticing a strange tired feeling in my knees. The kind of feeling that turns into injury if you press it. It's a bit like taking that last ski run at 4:00 as the lifts close and going full speed. When your body is exhausted beyond its normal capabilities, injury is waiting around the corner. Rather than push for some arbitrary goal in my first season of running, I'm slowing it down. The repetitive impact of running must be one of the primary culprits, so I'm taking up some bicycle riding as an alternative. Where I would run 5-7 miles, I'll bike 10-15. The lessened impact makes a world of difference, and if I really press myself, my body gets a comparable workout. So I guess I'm a biathlete now - not planning to start swimming anytime soon.

The best part of this journey - I really caught the bug. I am energized by a morning run like nothing else. I don't even think I'd bristle if you called me a runner now. Endurance training is an aspect of life I hadn't explored since high school athletics, and I've missed it.

So, until next time - I'll be cross training for a half marathon on my Huffy 18 speed and on foot, working on finding those elusive leg muscles, and maybe playing a game or two of Contra.
Posted by Jonathan Kelley at 2:26 PM No comments:

Endurance challenges are the ultimate test of body and mind. Athletes who overexert themselves to the point of physical exhaustion are said to "hit the wall". Reply to this post and write about a time that you hit the wall. The best entries will be win a free box of Element Endurance bars to ensure that you never hit the wall again.
Posted by Element Bars Staff at 8:25 AM No comments: 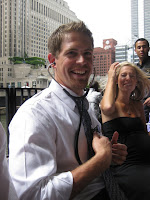 Reflecting on your months of dedicated training, the usual pre-performance jitters, and the energy of throngs of people all meeting at the starting line will get even the most experienced endurance athletes excited. Here's a performance tip from the Element Endurance Race Day Strategy Department: fight the urge to explode off the starting line and stick to your pace from the start of the race!

Here's why: through your months of training your body has learned to store increasingly greater amounts of glycogen in your liver and in your muscles. Glycogen, a stored form of carbohydrates, is one of the three sources of energy that your body draws on during an endurance race. When going the distance at your planned pace, your muscles utilize a delicate mixture of glycogen, carbs eaten before or during the race, and stored fat. The consumed carbs fuel you short-term, the stored fat works more over the long-term, but the glycogen is what keeps you going throughout and gives you your tenacity for that final kick at the end.

Keeping to your steady, medium-intensity pace allows aerobic metabolism to work its magic in the presence of copious oxygen to maximize ATP (muscle energy) production from that glycogen. Holding your pace ensures that your glycogen stores are slowly and efficiently melted down just as you have trained your body to do.

Should you give in to the excitement and energy of the starting area and dash from the start line at a heavy sprint, your body will burn glycogen anaerobically. This is a problem because ANAEROBIC metabolism uses up glycoen 18 to 19 times faster than AEROBIC metabolism!. If you give in to your starting line enthusiasm and make a high intensity push to the front of the pack you will be quickly burning up your precious glycogen and be more apt to enter glycogen debt (also known as “hitting the wall”) by the end of the race.So before the start gun sounds, take several deep breaths, meditate, visualize. Do whatever you must to leave the start gate in a focused, relaxed state-of-mind, and most-importantly, at your planned pace! This will keep your muscles pumping all the way to the end, keep you from hitting the wall, and may even help you sprint the last straight-away to the finish line!
Posted by Element Bars Staff at 8:17 AM No comments: